Do you want to get on page 1 of Google without having to pay for it each time? Then Search Engine Optimization (SEO) is what you should focus on.

If you are looking to take up space by occupying one of the precious top positions and move your local competitors down the order, you’ve come to the right place. 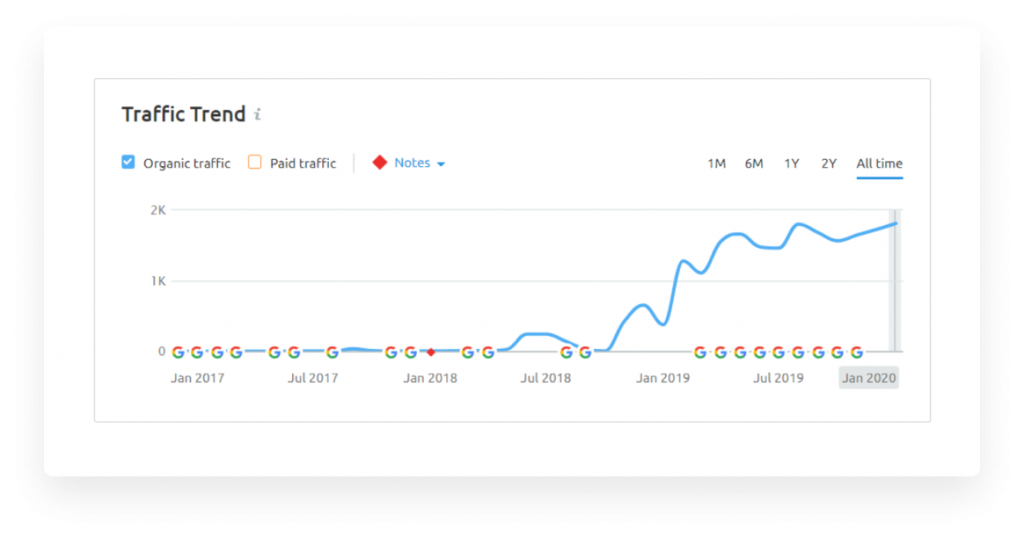 What is Dental SEO or Search Engine Optimization for Dentists?

I’m sure you’ve heard the word SEO thrown around before, but do you know why it is so important for your dental office to get it right?

Dental SEO stands for Search Engine Optimization for dentists – which in short summarizes all activities that are involved to increase the ranking of a dental website on Google. For example, when someone searches “Root canal treatment Las Vegas” in Google, a Las Vegas-based practice that is looking to attract more dental patients would want their website to appear within the search results, preferably near the top of the first page.

The reason why a dental office should strive to show up as high as possible on page 1 of Google is down to the fact that most people choose one of the first 5 results they find on Google. If you can outperform your local competitors and break into the top 5 spots, you will be able to generate a steady stream of new patients each month.

If you’re skeptical about whether this is possible, then let me tell you how it’s not just possible but probable.

Both SEO and Google Ads can have a tremendous effect on the marketing of your dental office and help you grow new patient numbers by dramatically increasing your exposure to the right audience. 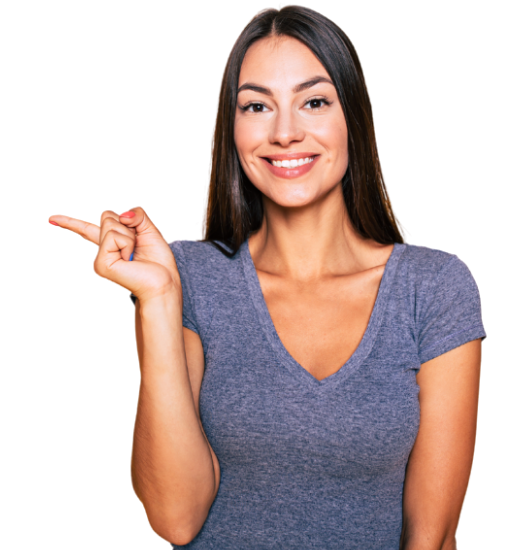 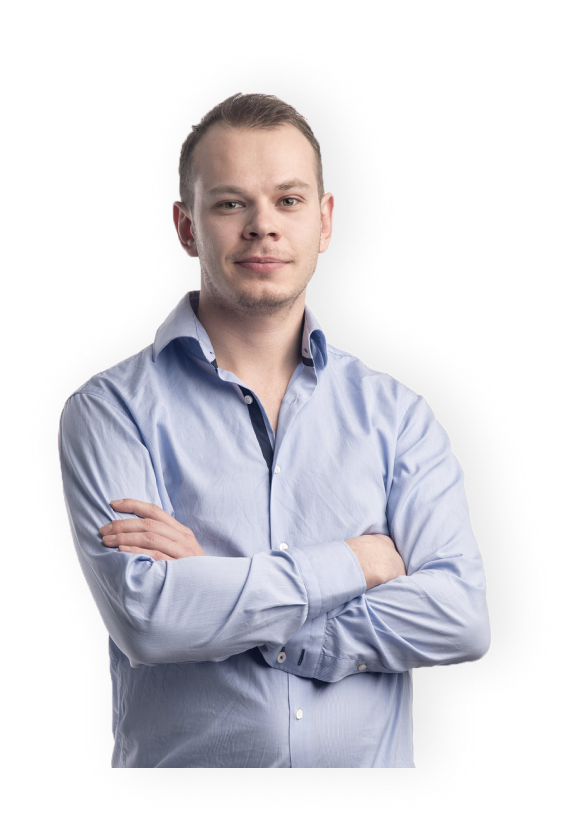 Profitable Dentistry is a specialized marketing agency for dental practices ONLY. Looking for an SEO campaigns that help you climb the rankings? Choose Profitable Dentistry and receive a bespoke service. No keyword guess work, no unnecessary content, just the right kind of optimization to suit the needs of your practice. My goal is simple – to help your website climb to the top of the rankings over the long term – no quick “crash and burn” fixes here!

Profitable Dentistry focuses on a variety of tactics to get you the exposure on Google you need to thrive.

Take a look at what I can do for you

Just like regular brushing leads to healthy teeth, SEO (when done right) leads to a watertight return on investment. Expect a steady stream of free traffic to your website, which invariably leads to new customers and long-term profits.

Every time someone searches for the services you offer such as ‘Dentists near me’ or “Dentist + City”, it’s important your dental practice is displayed prominently.

Research shows that people see businesses with a higher organic search ranking as more credible, with the psychology indicating that if a business is ranking high, lots of people trust it.

You only pay when someone clicks on your ad, the rest of the time you’re getting free marketing and brand exposure in the form of impressions, which is the number of times an ad is shown in search results.

Show searchers vital information like your location, phone number, and dental services you provide. Doing so will help you stand out from the crowd and present a more relevant listing.

Knock your competitors out of the running with dental practice-specific SEO strategy. Your website will populate page 1 of a potential client’s search results, gaining more business as a result.

Do what your patients should do and take action to get in touch!

What you’ll get in your free proposal:

How much you’d need to invest
Get in touch
Do what your patients should do and take action to get in touch!

What you’ll get in your free proposal:

How much you’d need to invest
Get in touch

How many patients can you generate through SEO?

While I’d love to say that the sky’s the limit when it comes to dental Google Ads, the fact is that in the world of search engine marketing, search volume and demand is the limit. If you live in a major city with a population above 200,000 people for example, you’ll have a disproportionate number of potential leads compared to a dentist who operates in the countryside in a city of 5,000.

However, just because your practice is in a small town, it doesn’t mean advertising isn’t for you.
In fact, leads in smaller cities and towns are often times significantly cheaper than those in large cities. This is due to less competition, which means lower click prices and lower lead prices.

Get in touch to find out more about how many new patients Google Ads could generate for your dental practice every month, no matter where you live. 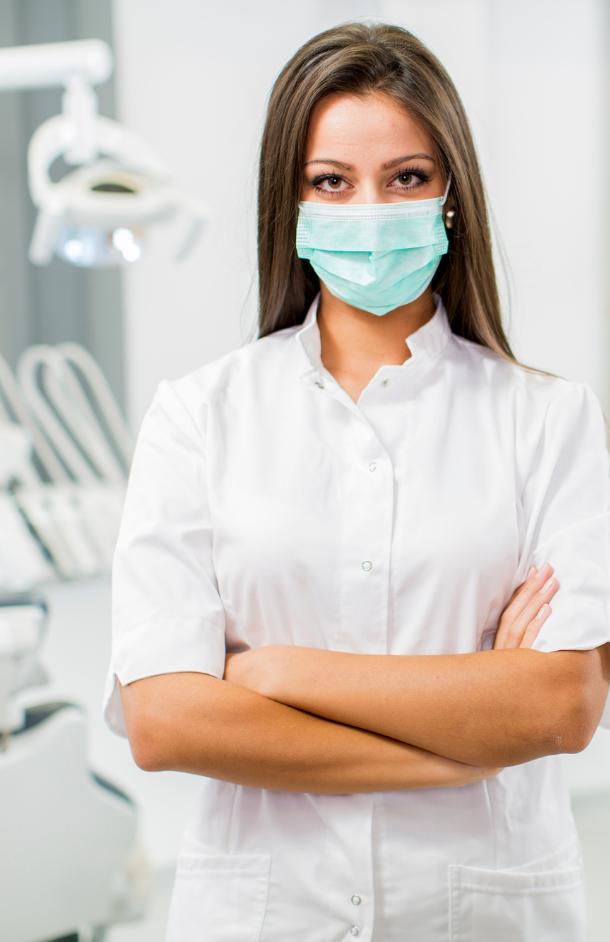 Why choosing a top-rated dental SEO agency is as important as gum health for patients.

Let’s look at some statistics on why being visible on Google should be one of your biggest priorities when it comes to marketing your dental office:

The 9 Steps that lead to SEO success for Dentists

I ask the deep dive questions such as how much SEO has been done in the past, how many patients you want to attract and how your business is doing.

What are your targets? What do you want to achieve in the next few months or years? Once I know all this, we can better define the strategy and required activities later on.

I review your local landscape to see who the main players are and what their USPs are. Additionally, I analyze their websites to understand why they are ranking highly in your city’s search results.

I find the fundamental keywords that should be targeted in the SEO project. Due to my experience in dentistry, there will be no guesswork, and the right keywords will be chosen from the start.

Once the keyword research is completed, I will analyze how your website is currently performing in terms of visibility on Google for the targeted keywords. Based on these findings we will map out a strategy to move forward.

After completing step 5 we will have a clear picture of the current situation and understand all areas of your website that need to be worked on in order to improve keyword rankings. Based on this we will chalk up a specific treatment plan for your website’s SEO needs.

Once all topics that you want to rank your dental website for are identified we will make sure to maximize the chances of success by producing highly relevant content for you. In some cases it is sufficient to fix or rewrite existing website content. In other cases it is better to create entirely new content.

Once the updated or new content is ready we will be able to upload it to your dental website. Besides the updated content we will ensure that all elements such as page titles, meta descriptions, image titles etc. are taken care off.

Once your website is fully optimized from an SEO stand point it is time to get the word out. We can amplify the increases of organic traffic over time with a Google Ads campaign to ensure that you truly dominate online visibility in your local geography and attract as many new patients as possible.

How many dentists do you work with in a specific market?
Lorem ipsum dolor sit amet, consectetur adipiscing elit. Ut elit tellus, luctus nec ullamcorper mattis, pulvinar dapibus leo.
Do what your patients should do and take action to get in touch!

Don’t wait any longer. It is time to start winning new patients!